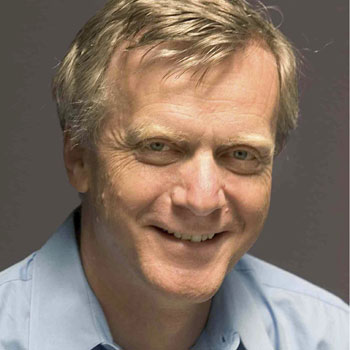 Previously, Andy was a Co-Founder and Chief System Architect at Sun Microsystems, responsible for next generation server, storage, and network architectures. From 1995 to 1996, Andy was the President and CEO of Granite Systems, a Gigabit Ethernet Switching startup company he founded in 1995 that Cisco acquired in September 1996. From 1996 to 2003 Andy was General Manager for the Cisco Gigabit Systems Business Unit that developed the Catalyst 4K switch family, which became the highest volume modular switching platform in the industry.

Throughout his career, Andy has been involved as a venture investor in the funding of numerous companies including Google, VMware, Mellanox, Brocade, and Magma Design. He has served on the Board of Directors of more than 30 companies, the majority of which went public or were acquired. Andy earned a M.S. in Computer Engineering from Carnegie Mellon University in 1976. He was a doctoral student in Computer Science and Electrical Engineering at Stanford University from 1977 to 1982. He has been honored with a Fulbright scholarship, a German Studienstiftung scholarship, the Stanford Entrepreneur Company of the year award, the Smithsonian Leadership Award for Innovation, and he is a member of the National Academy of Engineering.